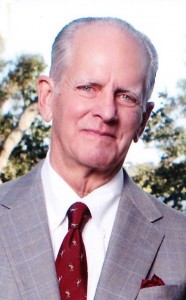 By Baker Mitchell
For StarNews Media

Some have called for charter schools to tell taxpayers the individual salaries of school employees. But what purpose does knowing individuals’ personal salaries serve? Should this information satisfy taxpayers?

“For my $35,129 I get Ms. Johnson; I feel much better about charter schools now! But Mr. Harvey is ineffective and I am not getting my $87,765 worth.” Is this what the taxpayer wants to know? What about, “How many dollars, total—including teacher salaries, are being spent per standardized test passed?”

Therefore, we have the dollars spent by a school or school district, and we have the tests passed by the students of that school or district – information that has been publicly available for decades.

We frequently measure value in terms such as dollars per gallon of milk, or dollars per foot of fence.” We don’t care how much the farmer pays his helpers or the fence contractor pays his carpenters

– we want to know the cost of the product.

Similarly, we should ask, “How much are we paying for each test passed by the students of a school or district?” What is the taxpayer’s cost per successful test? Individual teacher salaries give no information whatsoever about how well students are being taught.

In its most basic form, taxpayers are funding learning by the state’s children. Therefore, the taxpayer should be told how much learning they are getting for their dollars. If we measure funding by the dollars spent on the pupils and we measure learning by the number of state tests they pass, we have an excellent measure for calculating the cost of each test passed by the students of a school or district.

The lower the cost of each passed test, the more efficient the school or school district is. Because tests and testing rules, as well as accounting rules and auditing, are the same for district schools and charter schools, we can truly compare apples to apples.

So what does learning cost the taxpayer in Brunswick County Schools? In 2013, as reported by the Department of Public Instruction, Brunswick County elementary schools had 5,583 students in third through eighth grades who collectively passed 4,563 reading and math tests. From Brunswick’s audited financial report, the district spent an average of $10,156 per pupil (page 65) for a total of $56,700,948 on these students. Dividing this expenditure on the tested pupils by the number of tests passed, the taxpayers’ cost for each test passed is $12,426.

And what does learning cost the taxpayer at Charter Day School, a charter school in Brunswick County? In 2013, as reported by DPI, Charter Day School had 570 students in third through eighth grades, who collectively passed 646 reading and math tests, despite being a Title I school. From the audited financial report, the school spent an average of $7,399 per pupil for a total of $4,217,430 on these students. Dividing this expenditure on the tested pupils by the number of tests passed, the taxpayers’ cost for each test passed is $6,528.

So, to grant the StarNews editors’ wishes, we can tell the taxpayers that the charter school’s total expense per pupil is only 72.8 percent of the districts expenditure.

We can also tell taxpayers that they are getting 190 percent more, nearly double, for their money in successful test results from this Title I school as from the district.