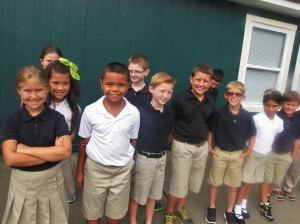 As you read this, it’s likely that a child you know is among the 2,000 students who began  the 2014-15 school year today at one of three area charter schools.

Today’s is a special landmark for this family of schools. It marks the fifteenth school year for Charter Day School in Leland and the very first for South Brunswick Charter School in Southport. Columbus Charter School in Whiteville inches closer to the decade mark as it begins its eighth academic year. This family of schools continues to make a significant positive impact in the southeastern NC region, this year reaching a record cumulative enrollment of more than 2,000 students.

School spokeswoman, Sawyer Batten relates that this year was a record year for the Charter Day School waitlist and states that, “CDS, Inc. schools offer a Classical curriculum in a public, tuition-free setting. The desirability of that option, along with our exceptional scores and academic success, has resulted in a demand for our schools that has driven us to expand to four campuses in only fifteen years.”

A Charter Day School parent relates that, “This the third year for my three kids at Charter Day, and they’ve been counting down the days until they come back. Our family loves this school. I’m particularly excited for this year because my children will begin learning Latin.”

In addition to the three year-round schools opening today, CDS, Inc. also operates Douglass Academy charter school in downtown Wilmington, which follows a traditional schedule beginning on August 26th.   Douglass is still accepting applications at www.douglassacademy.net or by phone at 910-763-1976.

Available records show that from Charter Day School’s beginning in 2000, the school has been recognized as a School of Distinction for nine years, a School of Excellence, as well as being in the Top 25 in the state. Columbus Charter School has also received awards for disti
nction and both schools’ EOG test scores consistently top their respective counties’.  The schools also offer a cheer program that, in December, won its fifth National title in competition in Orlando, Florida. The Charter Day School Archery team was this year’s State Champion for the fifth time in a row and has made appearances in World competitions.

Batten adds, “Having a 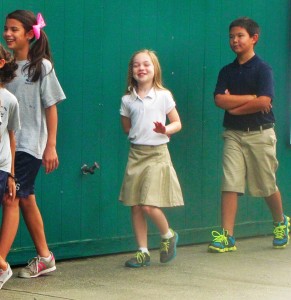 dded two schools to our family in two consecutive years adds twofold excitement for the near future. First, having added two more schools without receiving county facility bond funding is a tremendous saving for our tax paying citizens. Second, gaining two new student populations to teach with Direct Instruction and Classical curriculum allows us to offer this as another choice to more parents. This combination of tax savings while providing a proven academic model means more children in our area are going to great schools and getting a great education”.