From the NC Alliance for Public Charter Schools

This new data release separates out the performance of public charter students from that of traditional public students and is the first of its kind for NCDPI.

In 12 of 13 demographic subgroups— including minorities, economically disadvantaged students, and students with disabilities— students at public charter schools academically outperformed students at traditional public schools on standardized and state-mandated End-of-Grade (EOG) tests. Overall for the most recent year, NCDPI data reveal that the performance average of NC charter school students was 66.6% compared to the traditional public school student performance average of 56.2%.

A public education system that improves academic outcomes for 12 of 13 student groups for less taxpayer cost should be desired, celebrated, and helped to flourish.

The NC Alliance for Public Charter Schools is an educational advocacy organization comprised of charter school administrators, directors, and former public school officials as well as other professionals dedicated to improving education in North Carolina. The mission of the Alliance is to be a strong voice that speaks transparently for the good of all public charter schools and their students. 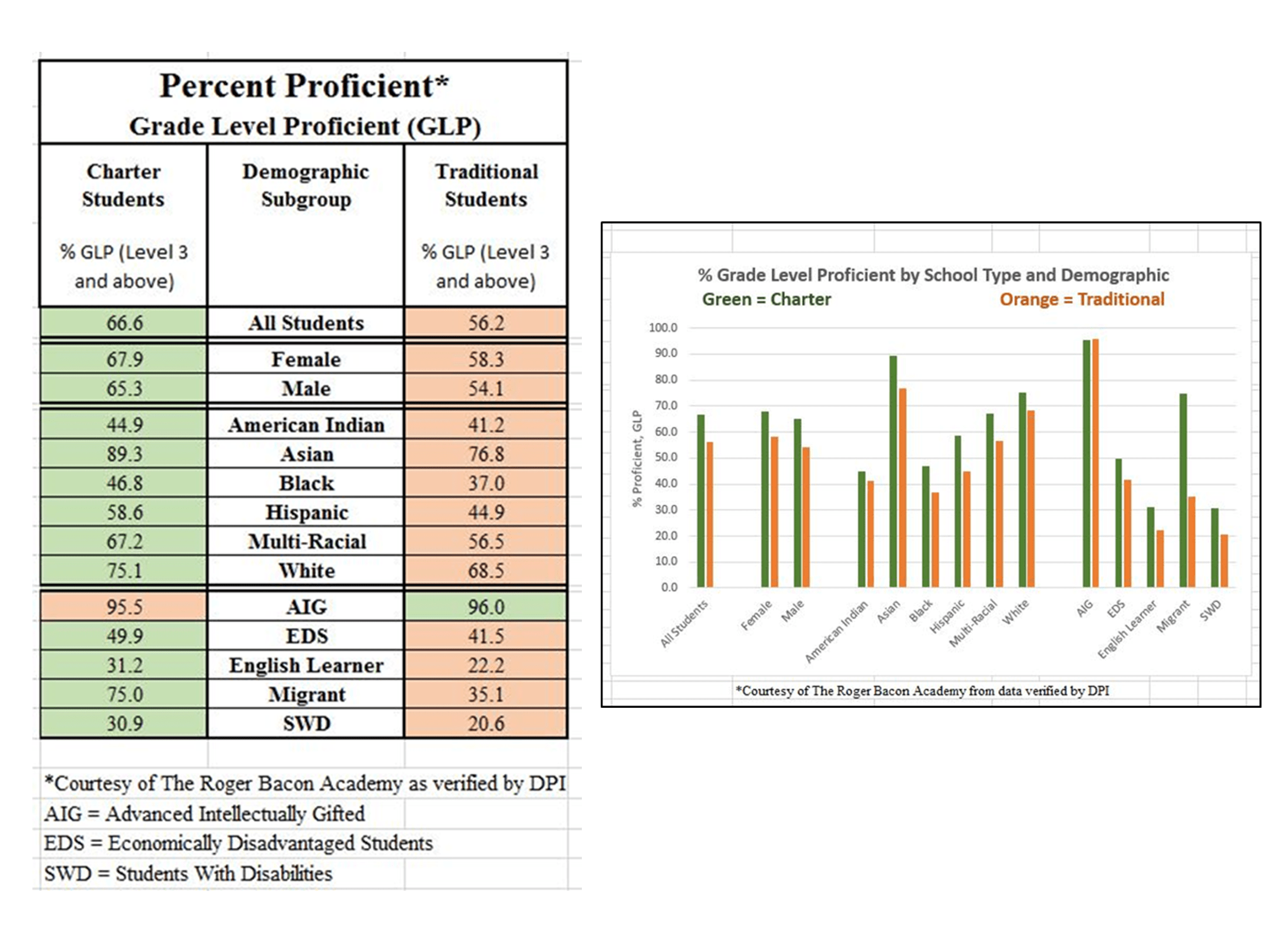 Data and calculations represented in these charts provided by NCDPI. Charts assembled by the Quality Control Department of The Roger Bacon Academy, Inc. at the request of The NC Alliance for Public Charter Schools.